I was all primed to do a review of Top Gun: Maverick with an additional paragraph or two concluding with how I. Am. Maverick. 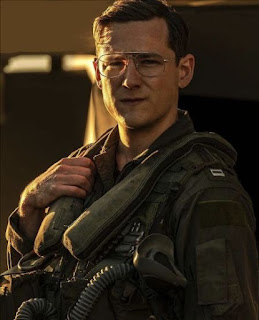 Fortunately, I decided against that. You're welcome.

Yesterday the Corsican brothers were here and set up round two of a miniatures game. I neglected to get pictures. In this case they had to slay a dinosaur (a real challenge) from which they would take a key that would unlock a tumbling tower. At the tower they had to remove a block and make it fall down (no challenge at all), and find the block with the code that they would use to get into a secret room on the other side of the board. The rules they have made with only slight guidance from me allow them to move and also to move the creatures, which they have also created. The creatures, in addition to the two dinosaurs (actual plastic dinosaurs), included a plethora of black leeches (the ends cut from the legs of several giant, black plastic spiders), two giant spiders, a transparent (represented by the translucent insert from an Old Spice deodorant), a longrad (consisting of two pens placed end-to-end), and the golden turtle (a turtle keychain). In the game we had played a couple weeks ago, they had made the creatures too powerful and had been unable to defeat them. They trimmed back the excess power and played the first "level" again, and it worked out pretty well. That one was difficult, but they were able to win.

This time (the second level), the game made a pretty terrible story. While one of them occupied himself with collecting leeches with which to tame the transparent, the other had the longrad attack the dinosaur, and then joined in the attack on the dino. In the fairly short game, the transparent was tamed, and the dinosaur slain. The tower was tumbled, the code block found, and the two simply transferred to the special room with the code to level up--all anti-climactic and nearly as exciting as watching a bathtub fill. Afterward, I tried to explain that stories--and games--are better when things are not too easy (and the rules don't constantly change to benefit them). The story is better when the characters don't succeed easily. I didn't explain how there should be tension on every page, or go into my little speech about "The Trauma, The Drama, and The Dream," but I did try to help them understand that stories and games are more interesting and satisfying if things are difficult to accomplish and success comes after a series of failures, or after overcoming several very challenging obstacles.

I'm not sure they got it. They wanted to get right into the next game, but I assured them we didn't have time to make a new board, add new creatures, and to play before they had to go home. One of the brothers finally asked a question--and I don't know whether it was with regard to not starting a new game, or my lecture on making things more challenging. He asked, "Why are you stifling our creativity?" Either way, it was pretty funny. 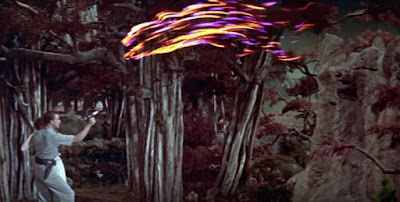