It's Dystopia Monday. (That's not really a thing. It's only for today).  I've finished reading: 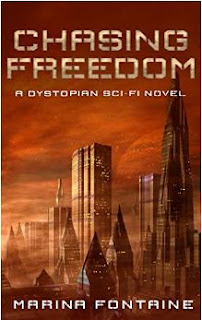 Here's the review I posted at goodreads:

Marina Fontaine's Chasing Freedom takes the reader into the belly of the rebellion and doesn't stop there. The rebellion is no overnight success. The story goes on for years. It follows the personal lives of multiple characters. Bad things happen. People die. This is a dystopia and things get worse before they get better. However, this is a story steeped in hope. In the midst of cruel atrocities, hope comes through.

I considered using the same title font for my dystopian novel, The Shrinking Zone, but instead elected to go with this cover and font: 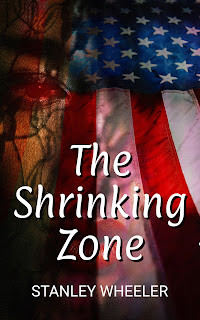 Something is rotten in the USA.

When the red-eyes abduct a sixteen year-old girl, working class man Don Morgan must mount a rescue attempt against the merciless invaders of the broken desert. While fighting against the savage animals created by genetic engineering, Don must match wits with a mad demagogue and government agents to rescue the girl. He's going to need help.

Join three common men in the fight for their lives when a foray into the broken desert puts their families in jeopardy, and the fate of a nation hangs on the outcome. Never underestimate the men who love America.

Look for it on Amazon next week.