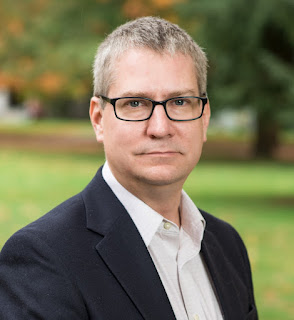 Please tell me a little about your current work in progress. Right now I’m extremely close to finishing the first draft of the third book in my Kathaldi Chronicles epic fantasy trilogy, Destroyers of Kathaldi. The plan is to finish it next week, get to editing and rewriting, and release it on Monday, July 26th. The books are about Dirk, a sarcastic thief, who is reluctantly drawn in to helping his friends try to save the Gods, and the world, from an ancient evil.

Where did you get the idea for this book or series? I wrote the first draft of book one, Children of Kathaldi, around twenty-five years ago. As a huge fan of fantasy it started with trying my hand at world building. I filled a binder with information about the races, Gods, towns and cities. As I worked on the history of the world the story just emerged.

Do you write in more than one genre? I definitely do. I’ve already mentioned the fantasy and I also write science fiction and humor. Although, you could probably classify all of it as humor. My first humor book, You’re As Stupid As You Are Fat: How To Talk To Women, should be coming out on Monday, August 9th, and my first science fiction novel, You Get What You Steal, which I co-wrote with an old friend of mine, Robin Burchett, will hopefully be out on Monday, August 23rd.

Note that this interview came to me in May, and it's posting in December, so Ron's humor book may already be available. I want to check it out. Perhaps he would like to provide me a copy to review?

Tell me about something that you believe makes your writing unique or worthy of attention. The Kathaldi Chronicles are written in first person but Dirk is basically telling the story, as if you were sharing a drink with him at a tavern. One reviewer called him an “unreliable narrator” since he is always building himself up and sometimes minimizes the contributions of his friends. It is different and the audiobook of Children of Kathaldi really showcases that. Alan Adelberg is the narrator and he captures Dirk perfectly. I think the audiobook may be the best way to experience Dirk. 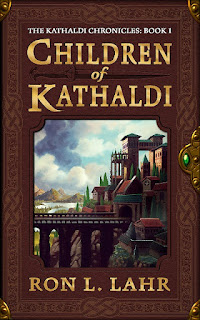 Is there anything about your personal history or personality that manifests strongly in your writing? Dirk is definitely not me. I don’t believe the things he does and I would never treat people the way he does, particularly his friends, but if something had gone very wrong during my childhood I could have been him. We do share some of the same sense of humor but the difference is I think what he says is funny but I would never, ever say those things. I might think some of them, though.

What else would be helpful for readers to know about you? My writing is very politically incorrect so if you are particularly sensitive to that, even when it is just in good fun, you are unlikely to enjoy my books.

Excluding your own work, what underrated author or book would you recommend that more people read? Why? R. K Billiau’s PrimeVerse trilogy. It is LitRPG and a lot of fun. I recommend it not just because of how much I enjoyed it but also because he is the one who encouraged me to get back into writing after my daughters were grown and had moved out. He still encourages me to this day.

Which of your books do you most highly recommend? Why? Right now, since I only have the first two books of the Kathaldi Chronicles released I would have to say book one of the series, Children of Kathaldi. More specifically, the audiobook version. I think the folks at Spectrum Audiobooks did an amazing job on it. I’m very grateful that they were the ones who approached me about turning it into an audiobook.

Which break, event, decision, or fortuitous circumstance has helped you or your writing career the most? As I mentioned before, R. K. Billiau encouraging me to write again was huge, and having an audiobook company offer me a contract was also amazing. It is hard to pick between the two but since Mr. Billiau is an old friend I guess I’ll give the honor to him.

What question do you wish you would get asked more often? Can we make your books into a television series that will run for ten years? I haven’t been asked that question yet but I’ve got my fingers crossed. On a more serious note my answer is that I like to be asked about people I know in real life serving as inspiration for characters in my stories. Mostly because I like to tell the story about naming a character, Dirk’s sister Val, after one of my friends who was giving me a hard time one day, and making her a very unpleasant person. She shows up in book two, Assassins of Kathaldi, and also appears in book three. I smile every time I’m writing her.

Do you have a catch-phrase or quote that you like? What is it? And why do you choose it? My personal motto is ‘Sleep is for the weak.’ I used to only sleep five or six hours every other night. I got so much done! Sadly, as the years pass I need more sleep if I want to accomplish anything useful but I still love the sentiment. And between helping my parents, family time, working on old cars, gardening and making as much food as possible from scratch (I make my own crackers – two kinds) sometimes sleep is hard to come by.

Thanks to Ron for participating. I do note that he provided about 12 pictures to go with this interview. The pictures not used included an audio book cover, another copy of the series covers; lemon rhubarb bunt cake, apple swirl ice cream, potato chips, and a car. I was going to include one of those at the end, but neglected to download it.

If you haven't read my most recent politically incorrect work, you can find it by clicking on the picture below: 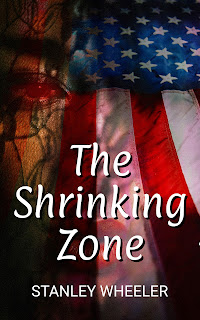