Have I been ill? Affirmative. How ill have I been? I've been so ill that I did no writing or editing all week long. Was it the commie-rona? Could be. I've lost most of my sense of taste and all of my sense of smell, but I have refused to succumb to the insidious disease.

While I've accomplished very little, apart from finally finishing a couple books book, Ferling's Independence: The Struggle to Set America Free, as part of my research for what will be book 5 in my Tomahawks and Dragon Fire series, I did fit in a viewing of the 1950 production of Cyrano de Bergerac, one of my favorite movies ever. I think any list of my top ten movies has to include Cyrano de Bergerac and The Man Who Shot Liberty Valance. Of course there are more, but those two leap to mind. 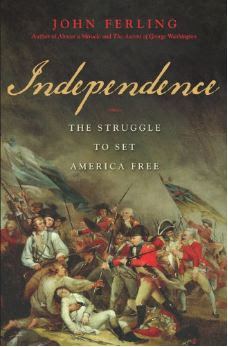 I have nothing but unadulterated praise. In fact, I may have made multiple highlights per page. I may have made so many highlights that my highlights will be useless to me. It has more details and background on individuals and events surrounding the Second Continental Congress and the debate for independence than I'll ever be able to use. It is exactly the thing for which I had been searching but had been unable to find. It set me back $9.99, and was well worth it. I will probably share some Fun Facts about some of those details in future posts. Some of the most inspiring things I read were actually from the supporters of the colonies in Parliament from the debates on how to handle the colonists' demands and pursuit of the conflict. It was all super good.

Reading this book helped me decide that what I wanted to accomplish next in my Tomahawks and Dragon Fire series would best be achieved in book 5 rather than book 4. Book 4, Promise of Carnage and Flame, was originally going to cover the independence issue, but it veered in an unanticipated and completely awesome direction. The main story, along with Antonio and Rip's adventure, will continue to book 5, while the stories involving the dragon hunters and another character provide the culminating excitement for book 4. Unfortunately, I have a stand alone book to write before I get to book 5. My modern dystopian adventure has to be told before it becomes reality rather than speculation. Additionally, I have at least one short story to write to submit for an anthology, so I may not get book 5 out before the end of the year.

Jose Ferrer won an Oscar for his portrayal of Cyrano de Bergerac in the movie directed by Michael Gordon. 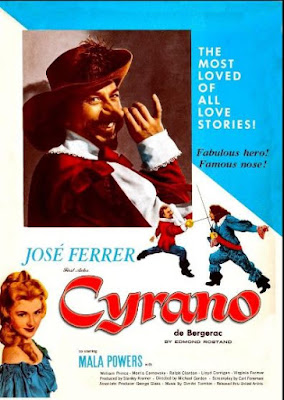 I don't think anyone else can touch the role the way he did--not Gerard Depardieu, and certainly not Steve Martin. Brian Hooker's translation of Edmond Rostand's play is a masterpiece. Ferrer wears Cyrano, not like a mere suit of clothes and a white plume, but to the depths of his soul. He causes us to completely forget about Cyrano's nose, no matter how much he talks about it, by opening Cyrano's psyche to us. Can any man watch Ferrer's portrayal of Cyrano without saying to himself at some level, "That's me. I am Cyrano!"? I know can't, but maybe my stubborn pride and independent streak run beyond natural prudence.

Mala Powers plays Roxanne. She reminds me of Virginia Mayo. She does a fine portrayal of Roxanne, but all the other characters in the play are merely supporting cast for Cyrano.

I have the play in French--from when my French class read it in college--but after watching the movie, I picked up Hooker's English translation for free on Amazon. It is eminently quotable--and I imagine more opportunities to use the English rather than French version. I would love to do this play at our local theater and take a stab at playing Cyrano myself.

Finally, I also saw Hunt for the Wilderpeople. I allowed Sam Neill to lure me into watching the show. I wasn't disappointed. I expect the film isn't for everyone. I don't think my wife cared for it. I found it laugh-out-loud funny in a few instances. My favorite lines that I can remember were:

"Are you going to manslaughter him?" 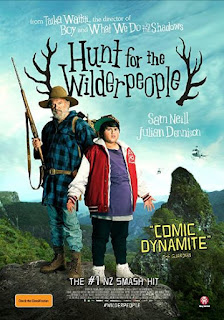 I suggest you watch it before cancel culture discovers it and lobbies to have it cast into the bonfire of good things you're not allowed to see because it offends one of their peculiar anxieties or fails to send the proper political message.