Author of The Ascenders Saga 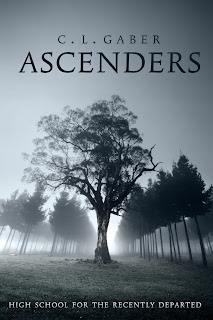 Thank you so much Stanley! I’m the author of the Ascenders Saga. I’m currently doing final edits for Book Five, which will come out in March, 2021. The sage is about 17-year-old Walker Callaghan who is in a car crash in Chicago. She wakes up in a much nicer house and finds out she has to attend a swanky private Academy for high school now. At school the next day, the music teacher is Kurt “who used to have this band,” the drama teacher is Robin and Dr. King insists he’s just a humble former principal from Detroit who was gunned down in a school shooting.

Walker finds out that she died last night and has been sent to an in-between realm for those who died young. The rules? There aren’t any. No SATs. No homework either. You must attend The Academy: High School for the Recently Departed, but you’re there to learn what you need before you ascend.

The only real rule is you can’t go back and check on your former life. Walker falls hard for tat-covered bad-boy Daniel Reid who is in charge of his sisters (ages 12 and 14) and brother (16). They died together in a plane crash, but are missing their youngest brother Bobby (6). Daniel insists he will return to the living realm to find the little boy at the site of their plane crash. Bobby is an earth-bound spirit – waiting forever at the site of his death.

Walker and Daniel must find the portal back to life and then deal with soul destroying demons who are waiting upon their return.

Ascenders is an adventure of an after-lifetime.

I know it sounds impossibly, but I’m a journalist who covers film. I was on assignment in LA and had a dream that played out like a movie in my mind. I did know enough to get up at three in the morning and write the first chapter, plus sketch out the story.

I did do a teen detective novel several years ago, but found I love epic fantasy. I love creating rules for new worlds with hopefully relatable characters in them. 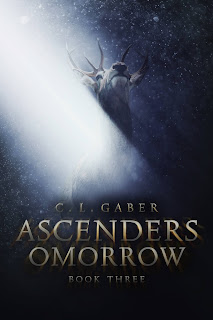 I’m a film journalist for the New York Times wire, a job I’ve done for 30 years. It mostly consists of interviewing A list stars and writing interviews/profiles of them when new films are coming out.

There are many dead celeb teachers….Heath, Kurt, Alan, Robin, Steve, Carrie, Walter, Liz, Janis, Amy ….. in the Ascenders world. The words they say about life are from my interviews over the years.

Well, Walker, my protagonist, is from Chicago like me. She dies one night in this one spot where in reality deer cross the highway all night long. All you see if the glow of their eyes in the headlights of your car. Really creepy. God forbid they jump out at the cars…people are killed all the time and cars are destroyed as well as gorgeous animals.

Walker is a student journalist who dreams of working for the New York Times one day – totally me.

Her superpower is asking a lot of questions like all journalists do.

She’s also super not-athletic – me, me, me. But she has to find scary demons despite it all. (I’ll leave that to her.)

I grew up in Chicago, went to school in Arizona and now live in Nevada. I love my hometown, but feel really grounded and free in the west. I like wide open spaces, which is a topic in Ascenders 5. Otherwise, I’d have 20 dogs, but in reality have two of the best: Georgie and Auggie. 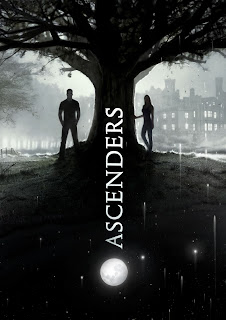 What a great question – I always say Stephen King and I’m going to say it here. I think the poetic beauty of his writing is underrated because he writes horror. I love his non-scary work best of all including his book about JFK’s assassination. Some of my friends don’t read King thinking it’s just horror writing. Not true. By a long-shot.

I’d love for people to read the first Ascenders book. I’m just really proud of how it came out and love the characters. It was as exciting for me to complete book five recently as it was to finish book one. I love playing in this afterlife world.

As a journalist, my biggest break on the same day was being hired by both the New York Times wire and the Chicago Sun Times to be their film writer. Both have been amazing over many years and have resulted in so many inspirational interviews with film and TV A-listers.

As an author, I believe independently publishing Ascenders and learning that world before I did it was a huge break. I love working on the covers with amazing artists and the inside design, too.

Of course, my biggest break of all was having a wonderful Dad who always told me I was  a writer and read my work in a serious way. He was the only father around who said not to get “a real job” and work on my writing. Thanks, Dad.

I wish I’d get asked….What moment since 2015 when the first Ascenders book was published touched you the deepest.

I’ll never forget being asked to Outlander.com to sell books. Two women approached my booth and both were crying. One said, “Go talk to her. You really need to talk to her.” The second woman had some trouble finding the words and finally said, “I just wanted to meet you because my son was a victim in one of the recent school shootings. I’d like to think he’s in a lovely place like The Midst in Ascenders.”

It only took seconds before she was crying and I was crying.

Just knowing your book meant something to someone else is beyond. 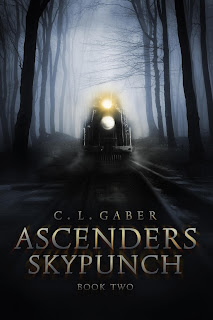 Do you have a catch-phrase or quote that you like? What is it? And why do you choose it? Yes, my tat-covered, bad boy Daniel Reid often tells his love Walker Callaghan to “Embrace the Vole.” It means to embrace great risk in order to find great rewards. One of my amazing Ascenders fans actually sent me a handmade quilt with the words Embrace the Vole on it. It’s the coolest thing EVER.

I love to speak with readers. Please reach out at CLGaber@yahoo.com

Thank you for this interview!!

Thanks to C.L. for participating. The Ascenders Saga sounds intriguing--not your run-of-the-mill fantasy. This is the first time I know of that anyone has named Stephen King as an underrated author. I guess we travel in different circles.

I'm about 18 chapters into my editing of Promise of Carnage and Flame, book 4 in the Tomahawks and Dragon Fire series. It's an exciting story and I love it. However it's not the story I set out to tell. I had two major breaks with the original loose outline. They both work back into the plan in a super-fantastic way, but...it's complicated. I still want to tell the story I wanted to tell. The diversions were 40-60K work detours as I got into them and developed them. I'm already in the 100K word neighborhood, and I don't want to give short shrift to some important elements in my original story. There were a couple of nice breaking points after some climactic events in the mid-20's chapters, and the original ending now makes a separate story. I think I want to develop that separate story in more detail and expand Lucette's role in some key events.

The Tomahawks and Dragon Fire series is sort of Last of the Mohicans meets The Patriot, and Star Wars. It's an action-packed alternate-history fantasy set during the American Revolutionary War. The fantasy elements include dragons, magic, and other dangerous creatures. 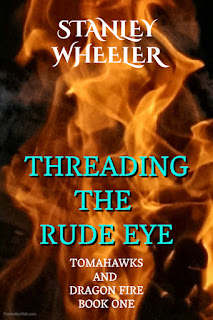 (This post was originally published Feb 28, 2021, but cancel culture squeaked about it -- I have no idea why -- so it was censored then uncensored but now only shows as a draft, so I'm putting it back up).