Author of The Behind Blue Eyes Series 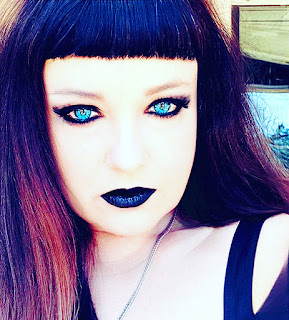 I’m currently finishing up War Games, the third installment in my Behind Blue Eyes series. I’ve put a lot of effort into this book and can’t wait to release it in March.

Behind Blue Eyes is a cyberpunk series heavily inspired by Ghost in the Shell and the 90s video game Syndicate. I wanted to write this story for many years but got somehow distracted on the way until I finally published the first book in the series in 2020. I’m happy that since then it gained many fans, which makes me confident to continue this series for many years.

Besides the Behind Blue Eyes series, I also have the Shadow City series, which is a blend of sci-fi and horror, and finally, Cyber Squad, which is a cyberpunk LitRPG series. 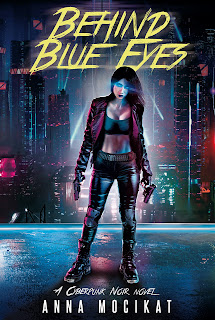 I’m originally a screenwriter and have learned the craft at film school. Before I began publishing novels, I worked in the film and TV industry for many years. This shows clearly in my literary work. Readers often tell me that they can see a movie in their heads when reading my books. That’s because my style is very visual, and I use screenwriting techniques for my novel. Basically, I see a movie in my head, which I write down.

As mentioned in the last question, I think that my background as a screenwriter and filmmaker manifests strongly in my writing. 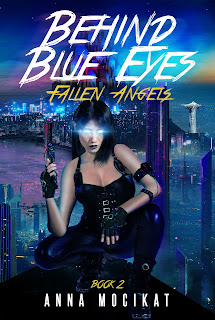 I’m also the editor of the Neo Cyberpunk anthology series, with book 2 just released. It’s a collection of short stories by some of the hottest contemporary cyberpunk authors. Some people say cyberpunk is dead, but that’s not true. It’s more alive than ever. To show it in all its diversity I created Neo Cyberpunk. Contrary to what some people believe, the genre is not stuck in the 80s but has evolved. There’s so much more out there than Neuromancer, and particularly in the indie sector, the creativity is exploding.

I highly recommend Ten Sigma by A.W. Wang. It’s one of the best books I’ve read in a long time and it’s completely underrated. Wang is an extraordinarily talented author who puts a tremendous effort into his books, and it shows. Ten Sigma is a cyberpunk/ military sci-fi mix and I recommend it to all sci-fi fans. However, it’s also very brutal and not suitable for minors and the faint-hearted.

That would be clearly Behind Blue Eyes, the book, and the series. I’ve been a professional writer all my adult life and think that this book is by far the best I’ve ever written. It’s a very action-driven and cinematic story, but that’s only half of it. Below the surface, the story has a lot of depths. Besides, I put a great effort into world-building. Everything described in the book is plausible and could exist someday.

I think my decision to finally write Behind Blue Eyes was one of the best in my life.

Any kind of questions about cyberpunk. I can talk about it for hours haha 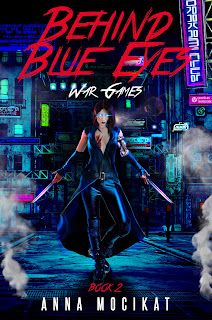 Would you give up your freedom for a perfect life? And can life be perfect without freedom?

It sums up Behind Blue Eyes pretty well. In 2095 society has been turned into a utopia that offers the perfect life for everyone. Unless you disagree or decide you want to live your life as you see fit. Then they’ll send killer cyborgs after you. In my opinion, the evilest dystopia comes disguised as a utopia.

Thanks to Anna for participating.

Do you think she realizes her name is an anagram (or should it be annagram in this case?) of A Cat Ink Moan?

Probably not anymore than I realized that Stanley Wheeler was an anagram of Easy Teller When. I found several anagrams I like. I'll include them in my newsletter with a link to the anagram maker--and ask my readers for their favorites.

Truth in Flames is so close to being complete that I can feel the heat of the fiery finish. I would like to write the last by Friday--but I think the week is going to be too full to allow the time I need. It probably will take two weeks.