I was going to give the main character a flip phone in a holster. It would have been perfect for him. Except the dystopian society in which he lives in the high desert of the Western U.S. won't let him have one. He doesn't meet the necessary criteria and his son has possible ties to a suspected domestic terrorist group. Electricity is an intermittent luxury for him and his wife. The internet and cell service are only two of the things the government has forbidden to them. 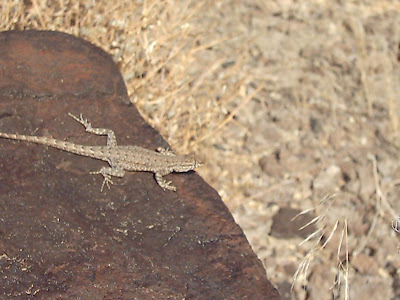 In this dystopian thriller, Don is a hardworking, blue-collar man just trying to survive. When his best friend's daughter is taken by the half-crazed subjects of clandestine government experiments, he calls on Don to help save her. How can Don rescue the girl when he must struggle against a power-mad demagogue in the desert, savage hybrid beasts, rebel forces, and the crushing power of a state rushing toward totalitarianism?

Find out in The Shrinking Zone -- coming soon.

I've had some great times writing this novel this week. The action has built to a crescendo and the chips are hitting the fan with exceeding rapidity. At its core, the novel is about families and friendships, but it's wrapped in thrilling action with precious lives and the fate of a nation at stake. 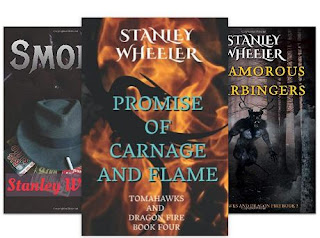 Email ThisBlogThis!Share to TwitterShare to FacebookShare to Pinterest
Labels: The Shrinking Zone, Writing