Today I saw that someone else has also written a book which mixes fantasy and history with the founding of the United States. I'm guessing it would fit in the flintlock fantasy category. The author is John B. Hood John Hood and the book is called Mountain Folk. I believe it may be part of a series. He seems to have taken a radically different approach than I have, and I'll have to read it, but not until I've finished my own Tomahawks and Dragon Fire series. If you follow this blog, you know that I've complete the first four books in the series and have written some of book five. The plan is for book five to go through 1776, and book six will get through the Saratoga campaign -- of course, plans can always change.

I also discovered an interesting historical figure, Timothy Murphy. Mr. Murphy was an expert marksman with his flintlock rifle. He could hit a seven inch target at 250 yards. He is credited with the shooting of General Simon Fraser and Sir Francis Clerke at the Second Battle of Saratoga in October 1777.  Murphy was part of Daniel Morgan's Riflemen at the time. Benedict Arnold pointed out General Fraser to Morgan with some words about his importance to the British. Morgan called on Murphy to take out the troublesome British general. Murphy climbed a tree and made a 300 yard shot (after 2 misses) that unhorsed Fraser and which proved fatal to the general. Murphy's fourth shot killed Burgoyne's aide-de-camp, Sir Francis Clerke.

That's the "official" story. However, according to some sources it may contain more myth than truth. The Journal of the American Revolution article indicates that Murphy was there and may have been one of several riflemen assigned to target Fraser, but sources at the time do not name the rifleman. Well, someone shot Fraser, and as Max Scott the reporter said in The Man Who Shot Liberty Valance, "When the legend becomes fact, print the legend." So I may have to include Sureshot Tim Murphy in my series. Perhaps he can interact with my own character and expert marksman Lee. Maybe Lee will share a quote from the Iliad with Murphy.

On a related subject, who was General Simon Fraser? Like most of those British officers, he had a career before he came to America. He came to the New World during the French and Indian Wars. He was a captain with General Wolfe at the Battle of Quebec, He replied to a French sentry through the fog in the crossing of the St. Lawrence. The British got ashore and climbed to the plains outside Quebec where Montcalm came out to meet them and do battle upon the Plain of Abraham. It would be the final battle for both generals. If you've read my Tomahawks and Dragon Fire series so far, you may remember that in my story, that particular battle and the death of Wolfe are part of the villain's back story. But I digress. Back to General Fraser - Wikipedia says that this Simon Fraser is not the one pictured in the painting The Death of General Wolfe.

In 1776, back in America after more service in Europe, Fraser was promoted to the rank of Brigadier General. He commanded the vanguard in the taking of Fort Ticonderoga. In September during the Saratoga campaign, he led a successful attack against Morgan's rifleman at Freeman's Farm, but his troops took heavy casualties. On October 7, 1777, he was tasked with taking Bemis Heights as the key to the battlefield which would defeat the rebels. He fell to a rifleman's bullet at the age of 48. Fraser was buried that evening in a nearby hill. 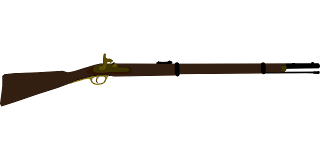 My immediate project, the near future dystopian thriller, The Shrinking Zone, is at 47K words and moving forward.