Author of The Agents of Kalanon Series 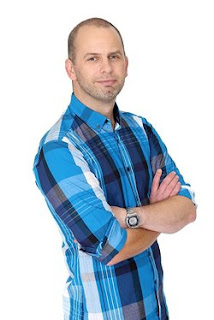 I’m currently working on the Agents of Kalanon series which I describe as being murder mysteries in a fantasy world.  Kind of like CSI but with swords and magic.  The main character, Sir Brannon Kesh, is an ex war hero with a passion for healing as a way to atone for the lives he had to take.  When a member of the royal family is murdered and a new war is threatened, he must join with a socially awkward priest, a vain mage, an alluring ambassador, and a corpse-animating shaman to investigate and protect the world from a dark plot.  Each book has its own mysteries to solve but there’s an overarching story throughout the series as well.

I’ve always enjoyed reading fantasy but also watching murder mystery shows – everything from Criminal Minds to Murder She Wrote.  One day it occurred to me to blend the two and create a team of forensic type investigators in an epic fantasy world. 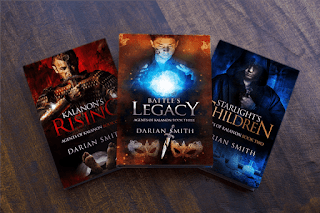 Mostly I write fantasy but when it comes to short stories I have dabbled in literary fiction, sci-fi, and even children’s stories.  I also wrote a paranormal romance which won the Koru award from the Romance Writers of New Zealand.

I think it’s an interesting blend of genres so that’s something different about the Agents of Kalanon series.  Solving murders happens a bit in urban fantasy but having a police procedural format in an epic fantasy is a bit different to most.

My background is in counselling and family therapy so I bring a lot of that understanding into my stories, particularly with character development.  The characters all have layers and histories that have an impact on their behaviours in the current story.

I guess it would be helpful for people to know they can find my books on Amazon and that I’m easily found on Facebook or as @DarianWordSmith on Instagram and Twitter.  Also my website is www.darian-smith.com

I’d have to recommend my wife’s book, Home of the Heart.  Adrienne Smith writes small town contemporary romance so if anyone enjoys that genre, I heartily recommend it. 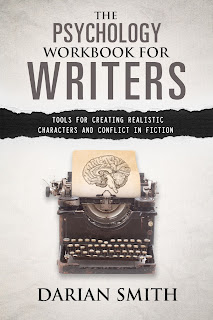 While all the books stand alone, I’d recommend starting with Kalanon’s Rising, the first in the Agents of Kalanon series as the best introduction to the characters and the world in which they live.

I’ve had a few lucky breaks, particularly with winning awards or being a finalist in competitions but probably the decision with the most impact was choosing between traditional publishing or being an indie author.  At the time, I had an agent and was going the traditional route. I’d had several short stories published in anthologies and magazines and won competitions etc but hadn’t yet had a novel published.  Traditional publishing is a very slow process and waiting around with no control over your career can be disheartening.  Indie publishing was something I was becoming more aware of as a legitimate route that was losing the stigma it once had and could offer quality products and greater control for the author.  I decided I would apply for a grant from a local writer organization and leave the decision up to fate.  If I got the grant, I would use the money to publish my novel myself.  If I didn’t, I would continue waiting for traditional publishing.  I got the grant.

I’m always up for a wacky question but I guess from a practical standpoint, because I’m usually being interviewed about my fiction, it would be good to be asked about my non-fiction as well.  I wrote The Psychology Workbook for Writers which describes a number of theories used by counsellor and psychologists and how they can be used to create realistic characters and conflict in fiction.  It’s a short book that has been well received by writers around the world.

My wife and I quote movies and even TV commercials to each other all the time.  Especially movies like The Princess Bride.  It’s difficult to pick just one.

Thanks to Darian for participating on the blog today.

Just a reminder that my own series, Tomahawks and Dragon Fire continues with Book 4, Promise of Carnage and Flame. It's available in ebook and paperback.

HERE'S THE LINK and the ebook is available for 99 cents for a limited time.

and I'll soon be doing a special offer but only subscribers to my newsletter get to know the details. You can become a subscriber here - click on the newsletter link at the top of the new page