Author of The Heir and The Crown 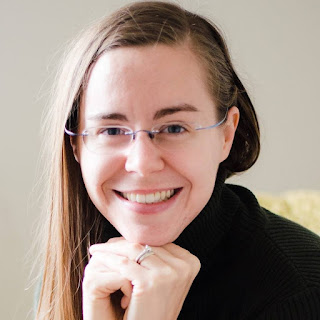 Note that I have interjected a comments and questions (in parentheses and in italics) throughout the body of Claudia's interview. She may post responses in the comments, or send me her responses in an email and I will supplement them into the interview later).

I’m currently working on the sequel to my debut novel, The Heir.  The sequel will be out in 6 months and it’s called The Crown.

(It has taken me some time to work through the author interviews. Claudia sent me this interview in November 2020. Is The Crown available yet? If so, send me the cover pic with a brief description and I'll add it to the interview.)

(That's great, Claudia. I don't think the bad guys should ever win -- except temporarily - why do you think you can't let the bad guy win?).

I started out writing real world stories when I was 10 and wrote those for a few years. Then I switched to writing fantasy sometime in high school and have stuck with that ever since. I have had a dystopian in the works for about 2 years now though, so we’ll see where that goes.

(I'm just about to start writing a dystopian novel. I would love to hear from you about anything you've learned in the process of writing in the genre.)

I’ve been told that the dialogue is really well written. But I think the main thing that sets my writing apart is that it’s completely clean high fantasy, even though there’s romance in everything I write. No bad language and no adult scenes. There is killing, but I’ve always been a blood and gore type person.

(I commend your choice of keeping things clean. I prefer books without the profanity and vulgarity which is becoming more and more prevalent. I keep my books clean as well.)

Probably that none of my characters are super talkative, like myself.

(And yet, your answer is so brief, laconic, even)

I’m a military wife and I’m a stay at home mom to my 2 year old daughter. When I’m not working on my author business, I’m working on my network marketing business or my crochet and yarn spinning business. I’m a really good cook and recently started a Youtube channel. Right now the channel is under my name, but it’ll eventually be under Cooking with Clauds.

I really liked Ember and Stone by Megan O’Russel. I’m not sure how widely known she is, but her book was really good high fantasy with a strong female lead, and I’m looking forward to reading the rest of the series.

The Heir, because right now it’s my only published book. But keep a lookout for my Endorlothorien trilogy coming out in a few years. 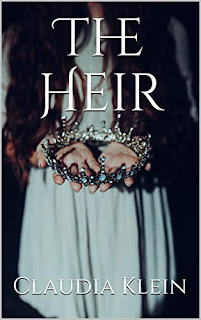 Definitely learning about self publishing on KDP. If someone hadn’t told me about that option I’d probably still be looking for a way to publish.

The best if yet to come- Robert Browning

I like the first one because I’m stubborn and don’t give up easily. And the second one because the best is yet to come. Unless you make a really bad life decision your life will only get better.

Thanks to Claudia for participating in the interview.

In case I haven't mentioned it, after reading his Wendigo, which I loved, I did read Algernon Blackwood's The Willows. In short, I didn't care for it. I have acquired his Three John Silence Stories which features a paranormal detective. I haven't had a chance to read it as I dived into another book which has a popular following...and it fell flat for me. I cast it into the DNF pile. I won't mention anymore about that unless I decide to go back and extract the N from that description. I'm currently reading Zane Gray's The Rainbow Trail. At first, I enjoyed the picturesque descriptions, but I have grown weary of them. I'm a firm believer that the plot and characters should carry the story with scenic descriptions as an infrequent treat. I'm pretty sure I'll finish this book, but if something doesn't happen soon (I'm over 60% through the book), I may set it aside at least temporarily.

As for books with interesting characters and lots of action, Promise of Carnage and Flame is getting closer to release. I need a final proof read and then it will go up. I want to publish it in the 5x8 format rather than the 6x9 format. It was an unfortunate accident that the first book in the series, Threading the Rude Eye was published in 6x9. I went back last week and re-formatted Threading the Rude Eye for 5x8 and corrected some small errors that had sneaked by the original proofing. Unfortunately, when I tried to upload the new format, KDP wouldn't let me. Once the book as been published, the format can't be changed. That's when I remembered why I had also published the next two books in the 6x9 format. Oh well. I don't care, the print version of Promise of Carnage and Flame is going up in the 5x8 format.