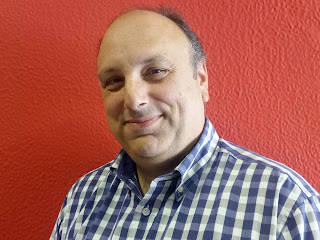 I’m working on a sequel to my space-fleet-opera THE DARK SEA WAR CHRONICLES. This trilogy is about a kind of WW2’s Battle of the Atlantic, but in Space, in another solar system distant from us. The trilogy I’m working on, THE OUTTER SEA WAR CHRONICLES, is the continuation of Captain Byllard Iddo’s adventures and is a kind of WW2’s Battle of the Pacific in Space. The chronicles of Byllard Iddo are probably my most successful series and I’m happy to be back to these characters who make these stories so rich.

As I said, in WW2’s stories, Napoleon Era naval fiction and the likes.

I’ve been known to write in realistic fiction, but most of my works are Scifi, both space-opera and post-apocalyptic. 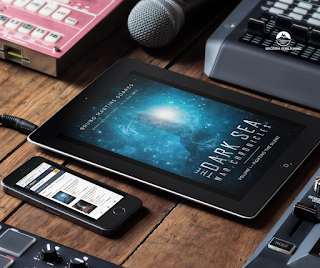 Most of my premises are fairly common, I always try to give them a different twist, but that’s not where you’ll find the gems of my works. What makes my writing apart are the believable characters, the relentless plots and the twists and turns. My writings are usually violent and gritty, and a bit unpredictable. But also romantic and dramatic. People say I am very visual and that they can clearly see in their minds the action developing and the scenes play out.

Yes. Many things. I guess I always wanted to be listened to and prove I had value and something worth listening. So when I write I express myself in all my different facets: I believe in family, I believe in people and in freedom. I believe we should respect each other and each of us is original, special and creative. I believe all of us have our own monsters to contend with and that we should treat each other well despite of it. And a few other things. So yes, you could say a lot of me goes into my writing.

I’m Portuguese, I live in Lisbon, I’m 50 years old and lived in Portugal my whole life. I studied Business and Law. And a whole lot of Psychology. I’ve been writing for 37 years at least. In my 20’s I won the highest award for young writers in the nation – along with a few other authors who are the best of my generation. As a result, I represented my country in Torino, Rome and Sarajevo. I was in Sarajevo for 3 weeks in 1998, 3 years after the civil war, and it made a real impression in me. My parents were also in the Guinae war before I was born. War interests me: I believe you can see the best and the worst of Mankind in a war scenario. I also won an important ScF/F award for the Portuguese version of THE DARK SEA WAR CHRONICLES. 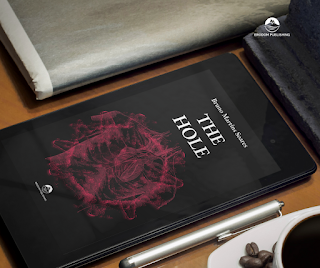 Ok, a few names come to mind. Let me give you three: a) Douglas Reeman (Alexander Kent) he wrote in a particular genre, but he’s the best at it – at least in my opinion – better than Patrick O’Brien, as far as I’m concerned. b) Stephen Lester Carr – a particularly good short story writer who still hasn’t make it big. c) Peter V. Brett – some of the best fantasy I’ve ever read, but still doesn’t seem to have the same name recognition than others out there.

I don’t think that’s a fair question, Stanley. I love my children the same! They’re all different and all fine! But you can always start with THE DARK SEA WAR CHRONICLES – maybe it’s the easiest of the English-written ones. And I do recommend the one which will be published next: INSIGHT. It comes out in April 22 and it’s really powerful, people tell me.

I think the Young Creators Award for Literature ’96 was the first major pivot point in my career. I had others. In 2010, I co-wrote a motion picture in English which was produced with American and British actors and distributed in the US and Canada. It made me think I wrote well enough in English to try and make it internationally. 11 years on and I’m now on my way. 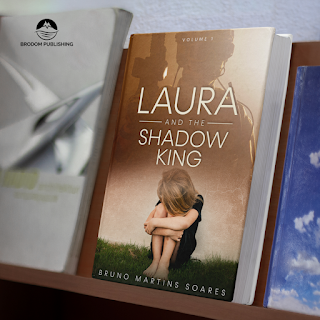 I like to speak about any Creative Writing problems and stuff, but I guess I would like to be asked more often what I am trying to convey with my stories. Even though I write stories because I’m attracted to them, I learned that I always have something to say anyway.

I like several. But one comes to mind. From Simon Sinek. It goes something like this: ‘The goal is not to be perfect in the end but of being a little better today.’ It reminds me ‘life’s a journey, not a destination’ (here I go again).

Thanks to Bruno for participating. I note this is Bruno's second interview. You know, you would think that having done this twice, he would know that the answer to the question about what underrated author or book he would recommend is: Each and every book by Stanley Wheeler. They're filled with lively characters engaged in vivid morality tales with the sort of action and adventure that makes readers remember why they love to read. Maybe next time.

He might also like to know that the free ebook In Death Bedrenched available at the link at the top of the page contains a couple scenes in Portugal.

Anyway, book 5 in the Tomahawks and Dragon Fire series is pushing into 65K word territory. Some of the adventures are converging at an event of supreme historical significance--and there will be fire.

Finally, Click the floating September Celebration link on the right to enter the giveaway. There are only 10 hours remaining for you to enter and share.