Interview with A.F. Stewart
Author of
Eternal Myths
Visions and Nightmares
and more 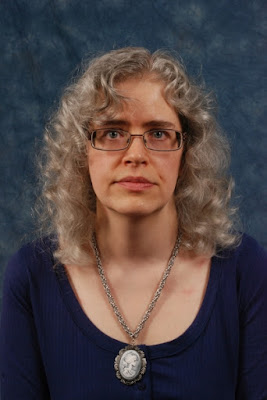 
It’s a series based on Arthurian legends, called The Camelot Immortals, with the premise that the witches and wizards of Camelot are indeed immortal and still alive in modern day England. The books mainly focus on the women of the legends: Morgan le Fay, the Lady of the Lake (named Vivienne in my series), Iseult, and the protagonist, Nimue. The plot revolves around Nimue, as she gets pulled unwillingly into a destiny she doesn’t want. And while it is a contemporary fantasy, there are many legendary and epic fantasy elements as the characters visit worlds other than the mortal one.

Where did you get the idea for this book or series?
It was, of course, inspired by the legends of King Arthur, but the original idea started back in 2007 when I wrote a short story called Legendary Debts. It evolved from the notions, “What if the legends were real, but didn’t quite happen the way they were told”, and “What if Merlin was a jerk and everyone from Camelot hated him?” From that original story came another one with those characters in 2014, based on the tales of the Grail quests, and after that I decided to develop a series. I also reworked the two short stories into a prequel book called, Eternal Myths.

Do you write in more than one genre?
Yes, I write in the horror genre and in various sub-genres of fantasy. I also dabble a bit in sci-fi for some of my flash fiction stories and a 100 word drabble series I post on my website. Plus, I write and publish poetry. It’s usually all darker themed, though, so it tends to tie together. 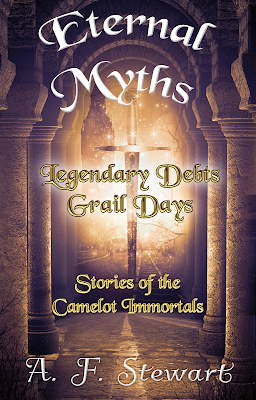 Tell me about something that you believe makes your writing unique or worthy of attention.
I do like mixing mythologies and history and then throwing in weird bits for fun (such as Nostradamus showing up in my Camelot books and a cheese-loving troll). Plus, there is lots of angst and mayhem, and a modicum of violence. And there’s always dysfunction among the characters.

Is there anything about your personal history or personality that manifests strongly in your writing?
I think my fascination with true crime and the psychology of murder manifests in my horror stories as there seems to be a lot of delving into the mind of evil. Also, my lifelong love of myth and legend plays a big part in my fantasy books.

What else would be helpful for readers to know about you?
I’m not big on romance subplots in my books (nothing wrong with romance, just not my thing), and a lot of my books deal with grim themes like family issues, death, and abuse. There’s not a lot of graphic violence, (although some books have such scenes), but they are not for readers who like lighter styled fantasy books.

Excluding your own work, what underrated author or book would you recommend that more people read? Why?
There are two indie authors who write cyberpunk novels, M. Darusha Wehm and Bard Constantine, who deserve the spotlight. Both do a terrific job of combining detective noir and gritty sci-fi. Readers should definitely check out the Andersson Dexter series by M. Darusha Wehm and The Troubleshooter series by Bard Constantine (who also writes fantasy novels).

Which of your books do you most highly recommend? Why?
Besides my upcoming series, I recommend Visions and Nightmares. It is a short story collection (I love short stories and encourage more readers to try them out) and it’s a nice mix of horror and fantasy. The ten stories all have female main characters and deal loosely with the themes of revenge, fate, and death. My favourite tale in the collection is my version of Alice in Wonderland, but the djinn’s story seems to be a reader favourite. 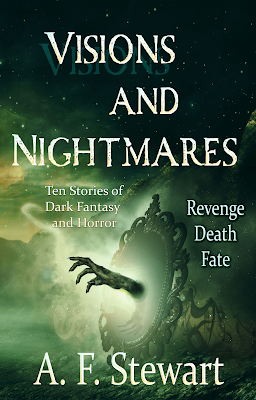 Which break, event, decision, or fortuitous circumstance has helped you or your writing career the most?
Probably discovering Lulu.com back in 2007 at the point when I got serious about getting my writing published. It’s what started me on my indie author career when I self-published my first poetry book and a book of short stories.

What question do you wish you would get asked more often?
I wish I’d get more questions about my characters and what makes them tick. I love talking about them, and I’d love to tell a little more of their back stories.

Do you have a catch-phrase or quote that you like? What is it? And why do you choose it?
My unofficial slogan is Be Afraid of the Dark, or the variation, Are You Afraid of the Dark? It is a reworking of my favourite quote from the movie Pitch Black, “You’re not afraid of the dark, are you?”

Here's link to her Amazon Author page: Check out her books.