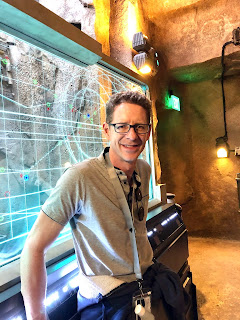 These days, I’m mostly trying to promote my recently published novel, Systemic. That said, I'm currently working on two other pieces. One is a short story about the transference of empathy over social networks. The other is the sequel to Systemic. I've recently finished the outline and now I'm really starting to get into the meat of it. I’m about 150 pages in. Like Systemic, the sequel has multiple narrative threads and story arcs, one of which picks up right where Systemic left off. The other threads are many generations later. I would love to tell you more, but I don’t want to ruin Systemic. So, if you’ve read Systemic, drop me a line and I’ll gladly tell you everything you want to know about the sequel. 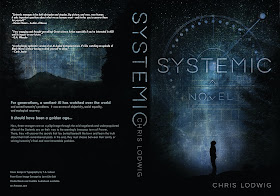 While I was writing the draft of Systemic, I was watching every TED Talk I could get my hands on. I was also taking psychology classes in my spare time where we were dealing with ego and personality and intrinsic motivation. I found all that really fascinating. And I was thinking a lot about the vagaries of memory. For instance, the job of our memory isn't to record facts and play them back verbatim, but to find important things and play them back in ways that are useful. For instance, Brian Williams the news caster often told the story of being shot at in a war. Turns out that never really happened. But because it was dangerous and exciting, his brain made up the memory about how he was almost killed. We all decided he was a liar, he lost his job. But your brain would do that too, so would mine. It does that so that the next time you’re in a war you'll know to keep your head down. Memory is like that. It’s entirely untrustworthy, but we build our entire reality on it. It’s pretty much what our reality is.

I was also frustrated with and terrified by the current political environment, and the willful destruction of truth. I was thinking—and still am thinking—about whether and how we can ever get back to a place where we have a general agreement about facts. I tried to imagine something that could solve that problem; a generally accepted non-partisan arbiter of truth. I’m not optimistic that humans will ever be able to fit that bill. And so, the System was born, and I had a sci-fi novel on my hands.

At the moment, I'm focused on science fiction. Though in the past I tried my hand at literary fiction and bad poetry as all overly sensitive young men should.

I get the impression that a lot of sci-fi stories start off with some cool technology then the writer builds a plot line that highlights the promises or problems that result from that technology’s existence. Systemic, on the other hand, started off with a woman hiking through a valley in the sagelands. I wanted to know where she was going and why. For the first 90 pages or so of my rough draft I didn't even know I was writing a sci-fi novel. The technology grew out of the story I found myself telling. So, I write science fiction stories, but the technology is there to support the story, not the other way around.

Also, I spend an awful lot of time and energy focused on imagery and mood and pacing and characters. But I’m also well-versed in computer engineering and science, so the sci-fi bits are still credible. 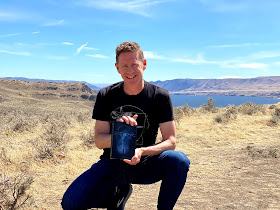 Surprisingly no. I've had many people ask which of the characters in Systemic is me. There's a little bit of me in every one of them, obviously, but to a large degree Systemic isn't borrowed from my life and it’s not about me.

That said, I'm very curious. I woke up every morning excited to learn what was going to happen. As a result, creating the story felt more like I was reading it than writing it. I think that that might come through. I hope it does.

Most of my readers I would assume are into sci-fi. They probably have some reasonable expectations from the genre. I think it's only fair to warn them that—while there is a lot of sci-fi and speculative fiction going on in the book—it isn't your standard sci-fi novel. There aren’t any laser beams or spaceships. Technology takes a backseat to the story. A good portion of the book takes place in small towns and rural settings rather than the standard megalopolises. I figure the future will come to sparsely populated places as well, and I think those places are underrepresented in the genre. So, I thought it made for an interesting setting for the book.

Also, I don't have bad guys in my stories. Which isn't to say there aren't bad situations or that there's no tension, but I find two-dimensional bad guys—or two-dimensional heroes for that matter—uninteresting. 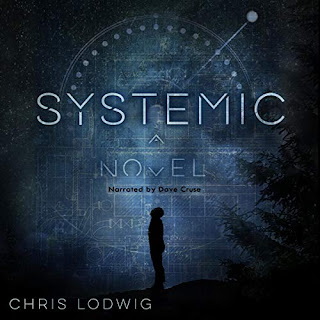 I feel awful saying this, but I don't really have one. When trying to come up with an answer to this question, I looked at all of the books that I genuinely love. Unsurprisingly, they're also very highly rated. So, let’s talk about TV shows and movies instead.

An Amazon reviewer said my book reminded them of “Black Mirror but you don’t have to drink yourself to sleep.” That was the best compliment I could imagine. I’m also really enjoying Tales from the Loop. Both of those shows have a lot in common with Systemic.

After reading my book, a friend turned me on to a movie that's kind of a kindred spirit to Systemic. It’s called Everything Beautiful Is Far Away, and I want more people to see that movie. It’s charming and simple and beautifully shot. Another movie that I enjoyed lately that I don’t think a lot of folks have seen was called, Safety Not Guaranteed. That was really fun and sweet. Plus, I have a soft spot for independent films shot around Seattle.

I only have the one, so I would recommend people read Systemic.

When I look back over the last couple years, every single aspect of the creation of this book has felt fortuitous. For example, I never set out to write a book, I just started writing one day on the bus and it just worked. I consider that to be very fortunate. I wrote most of Systemic on the bus and I don't get carsick. I think that's very fortunate. Then there was a long series of extremely talented and generous people who were excited to help me. I had fantastic insightful and honest beta readers. My friend Ramez Naam the author of the Nexus series read Systemic twice and offered to write the testimonial. I wound up finding a great editor through a Facebook friend. She may have taught me more about writing during the editing process than all the writing classes I ever took. When I needed a temporary eBook cover my old friend Carley sent me three gorgeous covers in one day. My friend Todd who’s a talented digital artist did all the cover design and layout. Microsoft Corporate Vice President Charlotte Yarkoni offered me the opportunity to feature my book on her video blog. All of these things kept lining up until it felt like the world was pushing me towards making this book successful.

Anything that starts, “Have you ever noticed…?”

I have two. The first is “There but for the grace of God go I.” The next is, “Everyone is the hero in their own story.” I like these quotes because they’re about empathy and seeing things from other people’s perspectives. I think that’s an important part of my writing, it helps me write richer characters. And it helps explain my earlier statement about there not being any bad guys in my stories, just complicated people. 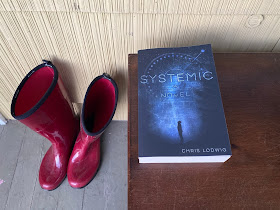 Anyone read Systemic? Post your praise in the comments if you have. Maybe you have some questions for the Chris--post them in the comments.
Here are Chris' book and social media links.
Audible
Amazon
iTunes
Facebook
Twitter
Instagram
Linked In
Website
Amazon Author Page
Goodreads Author Page
***
If you've  read my Tomahawks and Dragon Fire series, you will be pleased to know that the first book in the second trilogy is coming along. Some lacunae in the story line are filling in nicely. I'm actually doing some basic outlining for the completion of the threads at this point. One of the original threads took itself to an unforeseen fork in the road and catapulted itself into pure awesomeness; it is the perfect route to the clash of monumental consequence near the end which I had envisioned at the start of the book without understanding quite how it would come together. There are a few elements yet to reveal their role in the resolution of that confrontation, but I'm confident that they are about to rise from the turbid depths like Leviathan to be slain and given as meat for the conclusion of the episode. (See Psalm 74:14 if that makes no sense to you).
Stanley at 10:38 AM
Share